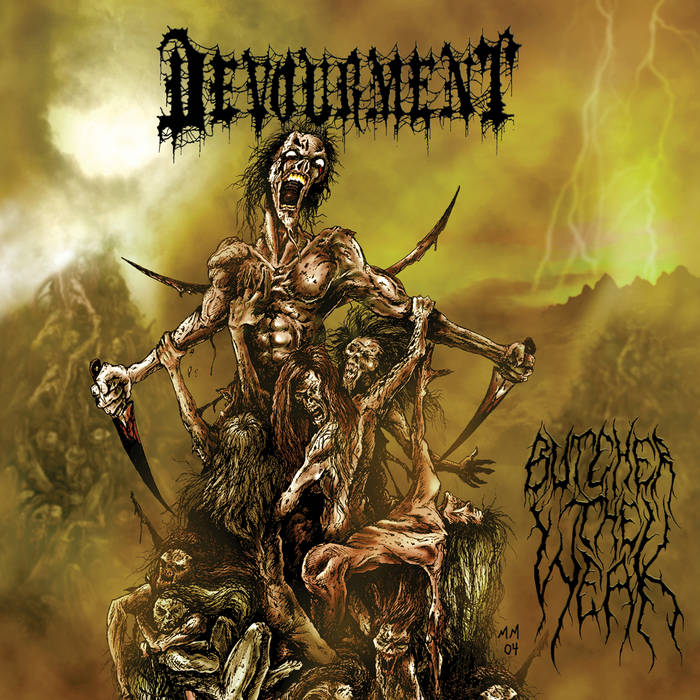 zirtonic This version of the album (2006, yellow cover) is quite frankly garbage. The production is brittle and frail, turning what could have been a 6 inch stab wound into a 2mm paper cut.

The 2005 version is leagues better, so much so that it rivals their debut. It's grimier, Mike's vocals are mixed better, and it's overall just more brutal. Please listen to the self-released version (green cover) before forming an opinion. Favorite track: Tomb of Scabs.

Grimmrobe Even more disgusting brutal metal that you can beat your meat to. Favorite track: Fuck Her Head Off.

Bloma As a counterpoint to zirtonic's thoughts on this, this album sounds insanely good. I have no prior connection to the original recording, but I prefer the sound of this one. You should listen to this, and the original, and decide yourself what you think. Musically it doesn't get much better in the style of the most brutal shit there is. You can tell they enjoy making and playing this music, and as such it has a fun, twisted energy to it.

Re-issue of the classic 2005 3rd full length album by one of the founding bands in the brutal Death Metal Genre.