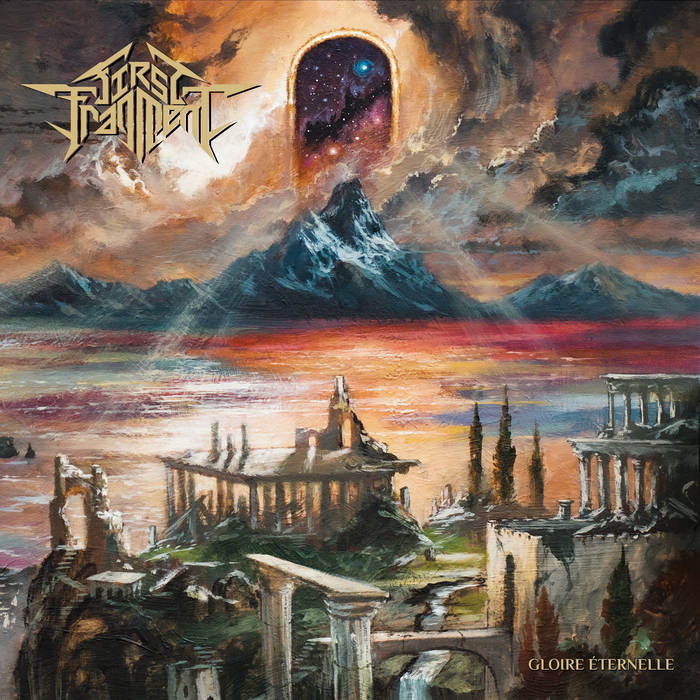 barlface This is some of the finest Death Metal in the game right now.

Gloire Éternelle boasts an interweave of complex melodies, yet with masterful execution, none of them fall flat. For the technicality is accentuated by the multitude of stylistic remedies, like the groovy bass or the beautiful flamenco. Gloire Éternelle is a tireless onslaught that never once exhausts the listener; even when faced with the density of its tracks. This album is KING.
Absolutely recommend this. Favorite track: In'el.

hdsbsp A new benchmark in technical death metal has been set...💪🏻
more...

From day one, the trio sought to create a brand of extreme technical death metal that combined counterpoint-based riffing, neoclassical lead guitar work, power metal-inspired passages as well as flamenco & swing sections in a desire to branch out and establish their own unique voice in the Quebec scene.

Their critically-acclaimed 2016 debut album "Dasein", released through Unique Leader, built upon the foundation established with the band's notorious EP "The Afterthought Ecstasy", self-released in 2010, Dasein was the culmination of almost 10 years of hard work and dedication to their craft.

First Fragment have since honed their craft and perfected their sound through expanding upon their extensive musical influences, further blurring the line between flamenco-inspired technical death metal and neoclassical power metal.

The result is "Gloire Éternelle" - an ambitious conceptual album that is unmistakably First Fragment, yet at the same time, impossible to categorize and pigeonhole. Boasting baroque-influenced guitar counterpoint, flamenco sections, unique slap-bass-driven swing grooves (which the band trademarked by name as "swingdowns"), face-ripping lead guitar work and bombastic drumming.

Add a highly aggressive dual vocal approach and a lyrical approach soaked in abstract poetry (sung all in french), sprinkle with a ton of fretless bass solos and the result is the ultimate shredfest.

A word which may be perceived positively or negatively depending of the listener, but nevertheless, a shredfest with soul, memorability, identity, purpose and conviction.