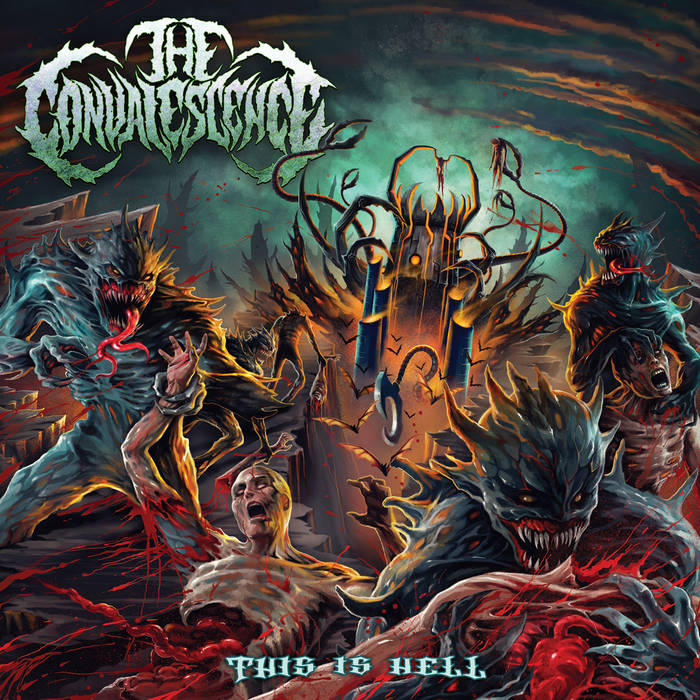 Travis Statham A nice blend of core and tech. Should be a good buy.

The Convalescence fuses Deathcore with theatrical elements of Black Metal and the shredding guitars and blast beats of modern Death Metal. The band has remained mainly independent over the years with constant touring including tours with As Blood Runs Black, Rings Of Saturn, Upon This Dawning, Cryptopsy, Disgorge, Erimha, Soreption, Ill Nino, Straight Line Stitch, Motograter, Suffocation, Cattle Decapitation, Abiotic, and many more as well as joining Slayer, King Diamond, Killswitch Engage, Asking Alexandria, Hatebreed, Slipkont, Five Finger Death Punch, In This Moment, Disturbed, Whitechapel, Thy Art Is Murder and many more on festivals including Mayhem Festival 2015, Dirtfest 2015 & 2016, Rock Fest 2016, and Texas Tattoo Music Festival 2016. THE CONVALESCENCE will release their This Is Hell full-length September 1st. The ten-track offering was produced by John Burke (Forever In Terror, Captain Kid, etc.), at Vibe Studios, mixed and mastered by Christian Donaldson (Cryptopsy, Despised Icon, Beyond Creation, etc.) at The Grid and comes wrapped in the macabre cover art of Coki Greenway.